Buy the BOOK: The Words That Shaped Me 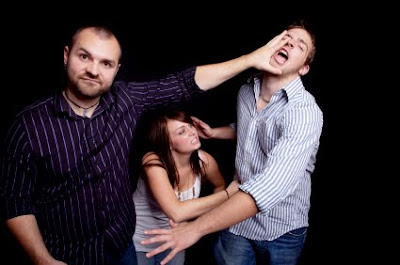 EXCERPT:
A sibling, of course you know, is a brother or sister. Eighty-two percent of people in Western countries have at least one or the other.That means that the remaining 18 percent are only-child individuals looking for someone else to blame for all their feelings of inadequacy, like only-child Anthony Hopkins, who ate all those poor people on that movie set. And though most siblings don’t gobble each other up, they do tend to give each other indigestion. “Approximately one-third of adults describe their relationship with a brother or sister as rivalrous or distant.”

It seems the word sibling is usually accompanied by the noun rivalry. Cain and Abel are the first case of a family feud gone very wrong. The biblical brothers of Joseph didn’t behave any better when out of jealousy they sold him into slavery. Yet his fate was good compared to Fredo’s, Michael Corleone’s brother in The Godfather. Bang!

Sometimes it’s just rough putting up with family. There’s been many a family gathering where I felt the turkey was the luckiest one at the table, while all present had other bones to pick.
Our siblings usually play a very big part in shaping us: either we admire them and try to be like them, we are jealous and... READ MORE in THE WORDS THAT SHAPED ME
Posted by Aliza Davidovit at 9:49 AM No comments:

How to Talk to Kids 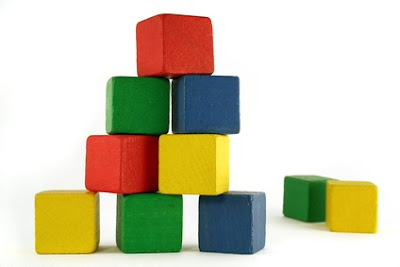 Journalist and author Aliza Davidovit is out to change the world one WORD at a time, hence the title of her new book, The Words That Shaped Me. But as a working professional woman with no children of her own the question arises, who is she trying to change the world for? Davidovit says for her nephews and nieces and little cousins. As a wordsmith, Davidovit recognizes how important words are in shaping young children. She says that words are like time release capsules which either sustain us or poison us as we go. Thus, as a role model to these young children and a journalist who has interviewed the world's most famous personalities, Davidovit makes sure that everything she puts in writing are words that better the world. She highlights the positive in all her articles. She also makes sure to call her nieces and nephews every day to make sure that they too are given positive words of encouragement and reinforcement that will help shape their vision of themselves and endow them with self-confidence and pride. And though, of course, parents have a huge impact, it is often the cool aunt, the successful aunt, who can serve as role model. Sometimes it's easier to believe anyone but our parents because, well, they are our parents, and thus missing the cool factor. Davidovit says that WORDS are the building blocks of who we are and so we must construct our lives with positive words. In her new book she devotes a chapter to role models and says "in life it is not important who we look up to but rather who looks up to us. We cannot let them down. In word and deed we must always remember they are watching."

Read more in her book: The Words That Shaped Me
Posted by Aliza Davidovit at 12:46 PM 1 comment:

God created the world through words and we continually create our realities through words. Do you know which words are shaping your life?
www.davidovit.com/bookstore
Posted by Aliza Davidovit at 9:37 AM No comments:

BLIND DATE: ©
Excerpt from my book: "The Words That Shaped Me"
by Aliza Davidovit

The word "date" derives from the 14th century French word "date" and means “day” or “time.” More interesting, however, is what we call, blind dates, the most dishonest words in the dictionary, for never does a man and woman see so much as on that first date. From the second he limps into the bar we begin to size him up or cut him down to size. Does he dress like a nerd? Does he check out other women? Is he cheap? Can he afford me? Does he make me laugh? Is he smart? Does he have clean fingernails? Does he have all his teeth? Are his shoes shined?

And men also go through their own very long list: Is she hot or not?

Dating is certainly a word that has shaped me as well as millions of women out there. It’s not easy being a woman on the blind date circuit, especially in big cities. In “New York, single women outnumber single men by more than 210,000. Thus, it’s no wonder that a woman spends seven hours in the mirror before a blind date plucking, pulling, tweezing, waxing, moisturizing and renovating. It’s an exhausting process that requires brief naps between each layer of mascara. Then, after a whole night of listening to an egotistical hotzinpotzin[13] who speaks only about himself and his ex-wife and turns you into his therapist, a dejected woman returns home to a freezing liter of Haagen-Dazs and a hot shower wherein the pretenses of such nights and layers of makeup gradually clog up the drain.

As a consequence, women begin to lose their confidence wondering what’s wrong with them. They begin questioning, “Will I ever meet anyone?” “Is it me or them?” “Why should I bother anymore?” “Maybe I should become gay?” All these failed dates begin to shape how we see ourselves as women. One guy thinks we talk too much, so we tone it down; then, the next guy thinks we have no conversation. One dude will stare at the sexy cocktail waitress with big boobs the whole night, so a woman gets implants and then the next fellow says he only likes real ones. It comes to a point where women just don’t know who to be anymore. Then your friends all advise, “Just be yourself.” We would, if we remembered who we were to begin with. All these interludes eat away at us like Hannibal Lecter and what’s left is usually unrecognizable and bitterly unappetizing.

Men, too, have it veryhard as their cojones are cut off by today’s superwomen who make more bucks and scream sexual harassment when the guy opens the car door for them. I’m sure you’ve met those nasty egomaniacs who never met a mirror they didn’t like. Men also get put off by obnoxious gold diggers—you know the kind—those graduates from the Leona Helmsley School of Mergers and Acquisitions who are trained to want the only wedding ring displayed behind bulletproof glass. Males are left no longer sure whether to be gentlemen or jerks. And as we keep banging off of each other in these failed dating expeditions, the definitions of the sexes are constantly evolving as we reshape ourselves to adapt. I know I have.
But blind dating is still better than a blind marriage, where a couple sees each other for the first time on their wedding day. And today, with the likes of eHarmony, JDate, Facebook, and all the other social networking sites, we know a lot about the other person before we ever meet them—except that we don’t because everything they write about themselves is a lie.

Let me please translate dating site lingo: When he lists that he’s in the legal field, he’s not a lawyer, he’s a convict; when she describes herself as fit, it means she can still “fit” in the freight elevator; when he says I’m in my 50s but still full of life, it means he’s in his 60s and still full of shit; when she says I’d love his kids like my own, it means start checking out boarding schools; when he’s looking for a woman who “also” has a successful career, it means you’re splitting the bill and will be sharing the expenses the rest of your life; when she says she loves animals, she’ll be treating you like a dog soon enough; when he says he’s ready to relocate for the right person, it means... (CLICK to READ MORE)
Posted by Aliza Davidovit at 9:43 AM No comments:

Adultery: excerpt from my book

"Indeed, modern man didn’t invent adultery, but he has become quite good at it. Cheaters seem to be dropping their pants faster than tourists on Mexican tap water. And, as a society, we eat it up instead of condemning it. Celebrity adulterers keep knocking important news right out of the headlines. We cared more about where Tiger Woods was sinking his balls than the war in Afghanistan.Politicians have become so proficient at philandering that the Beltway was actually named after all those who have unbuckled their belts along the way. The First Ladies may be first, but they certainly weren’t the only ones.

The short list of alleged political cheats includes Franklin D. Roosevelt, Dwight Eisenhower, JFK, Rudolph Giuliani, James McGreevy, Gary Hart, Newt Gingrich, John Edwards, Mark Sanford and can we forget Bill Clinton? Since the day that Jimmy Carter said that a man is guilty of adultery even if he looks at his very own wife in a lustful manner, Clinton never looked at his own wife that way again.


Many believe that Barack Obama may be among the few faithful politicians left, while others, however, think he is screwing Lady Liberty.


I’d like Congress to submit an article for consideration that would mandate manufactures to put instructions on all men’s briefs: Please keep your fruit in the loom." ©﻿ to buy the book visit: http://davidovit.com/bookstore/bookstore.html
Posted by Aliza Davidovit at 10:56 AM 2 comments:

The Words That Shaped Me 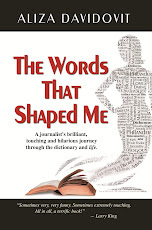